So are you thinking about or have you already adopted two pups from the same litter at the same time?

Just a word of warning, although this may seem like a good idea, sometimes things don’t run so smoothly.

When we adopted Koffi as a pup, a friend also adopted her sister Paige.  These two fight.  We made the mistake of attending the same puppy class – they spent most of the time eyeing each other up from across the room and planning how they would get to each other.

Saying that, I have seen other dogs that remain with their siblings and have no problems.

My advice is talk with the pups breeder – check and make sure the pups are currently getting along well, BEFORE you bring them home and find that they aren’t.

Littermate syndrome can result when two pups are brought home together – this can end in fights when they are together and anxiety when the pups are separated from each other.

Plus obviously there will be more toileting accidents, mouthing, chewing and general puppy naughtiness etc.

“It’s more than twice the work; it’s exponential. The two combine to produce levels of energy that we can barely measure. Tension develops in training and compliance as they squeeze the owner out of the relationship. They’re always living with an enormous distraction—each other.” Dr Ian Dunbar

So, if you are reading this, more than likely you have already committed to two pups, and giving one up is probably out of the question.  By following the below information, our aim is to ensure that your two pups are raised as individuals.  This will help ensure they have confidence when separated from each other, are not overly dependent on each other, minimize conflict and resource guarding and strengthen their bond with you and your family.

This is what you should do:

Start confinement training – away from each other.
This could include the use of two separate crates or pens.  Ideally in different rooms, and if not, with a visual barrier as a minimum. 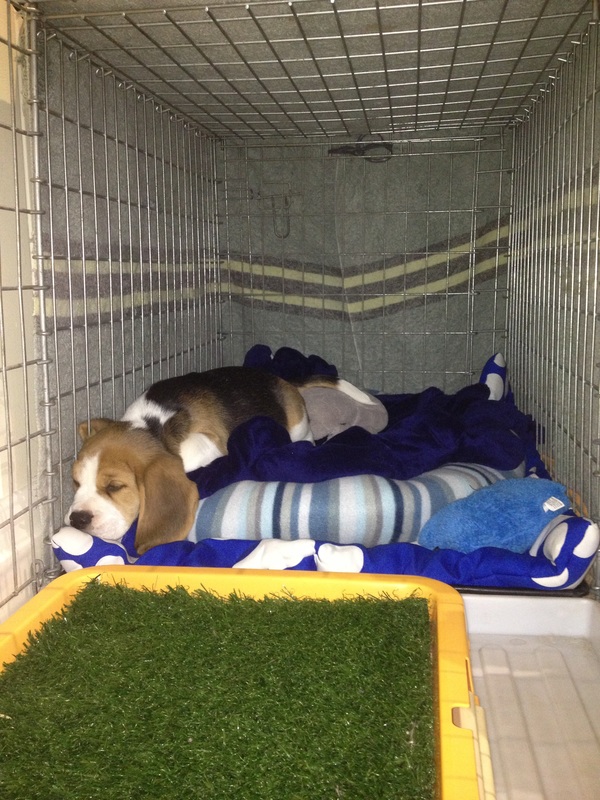 Training
Train each puppy every day as you would for any puppy – make sure that this is as a separate one on one thing.
Perhaps feed the other pup in its crate using a kong etc during this time so that it is a pleasant experience for him/her at the same time.
​
Do lots of training that involves rewards from your hands – this will help the pups learn to focus on you and value you as well.  Many littermate puppies left to their own devices and to keep each other company don’t bond as well to their human family members.

Feed Separately
Use enrichment toys and set the dogs up to succeed by ensuring the toy is challenging but achievable.  Feed them separately so that they learn that being apart is a good thing, and this will also help to prevent resource guarding. 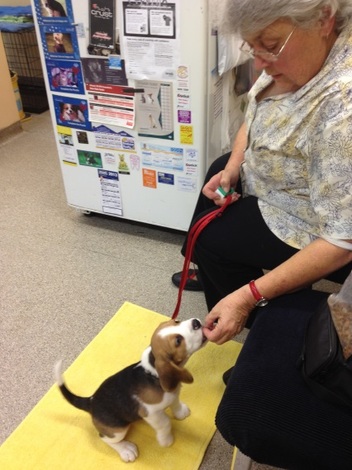 Exercise Separately
Ensure that you can remove one puppy from the property whilst the other one stays behind and that they are happy to do so.
​
So often, when working in the veterinary industry we have to have both family dogs come for a vet check when only one dog needs it, because the time hasn’t been put in to ensure that the dogs are comfortable being left alone.

​Imagine what happens if one pup gets sick or injured and needs to be hospitalised for a period.

Puppy School
All because your pup has a puppy friend, does not mean that you shouldn’t socialise him/her with other pups and dogs.  Think about kids that are in a home environment with mum, dad and a sibling or two, but do not attend family events with other children, kindergarten or school.  How well socialised are they, and what social skills may they be lacking when out and about in the general population?  Could this lack of social learning be a concern?

Attend a well-run puppy school – each puppy should have its own class.

There are many puppy schools available to you, however, you need to do your research, and make the right choice for your puppy.

A check list for a good puppy school is as follows 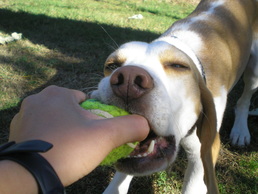 Monitor their play
The pups should be allowed to play together for short sessions each day (providing the puppies are both enjoying the play).

Supervise the play, look for role reversal, and even play.  Watch the body language of each puppy and intervene if either pup looks like they are not enjoying the game.
​
Ensure that they have frequent breaks from play – just like human children, it doesn’t take much for play to escalate and result in a fight.

Play games with each pup
Spend play time with each pup – again whilst the other is separated and busy doing something else enjoyable.  You are going to be making a lot of use of food enrichment toys!

Play games such as Fetch or Tug (with rules) – both these games involve your pup learning that again you are pretty cool, and they will want to be with and bond with you.


What else should you consider?
Budget – a puppy is expensive, two is a lot more expensive.
Do you have the finances to afford double of everything?
Don’t forget Pet Insurance or unplanned veterinary expenses.

Toilet training is twice as hard – you will need to watch each pup closely to ensure you can predict when they need to go out.  They may not always be on the same schedule, which could result in some very broken sleep for you. When there is an accident, will you know who did it?